A personal exploration of Poland, by the renowned Magnum photographer.

Made over a period of five years, The Sound of Two Songs offers an extensive and personal photographic survey of Poland. This is the UK premiere of a major new exhibition by renowned Magnum photographer Mark Power.

The Sound of Two Songs began in 2004, when Power spent a month in Poland as part of a project instigated by Magnum Photos to document countries joining the European Union that year. Despite having no familial ties to the country, he soon became fascinated by Poland. Over the next five years he made a further twenty visits, often accompanied by Polish photographer Konrad Pustoła who generously shared his knowledge of his native land. Over time Power’s focus shifted from an investigation into the effects of EU membership into a more subjective, poetic and autobiographical response to a country he grew to love.

Alongside a series of portraits of people he met on his travels, the majority of Power’s large format, meticulously detailed colour photographs depict landscapes often featuring surprising or metaphorical elements. A series of glowing greenhouses, watched over by silver birches and a barbed-wire fence recall something of the tragic history of Poland in the mid-twentieth century. A scarlet goalpost emerges from a snow-covered field, particularly relevant given Poland’s joint tenure of the 2012 European Championships. Elsewhere, crowds assemble beneath the tangled cables of a huge outdoor screen to watch the funeral of Pope John Paul II, beamed live from the Vatican.

Power’s images exemplify his belief that ‘ugliness can be profoundly beautiful’. They present Poland as a land ‘bursting with visual contradictions… like listening to several melodies at once to the point where it’s difficult to hear anything clearly’, a notion that inspired the title of the exhibition. It is a place seen by a foreigner, an outsider; a position Power has resolutely maintained throughout. A highly personal body of work, The Sound of Two Songs nonetheless remains an important historical document of this fascinating period in Poland’s history.

"I was still a foreigner, a photographer from somewhere else, and that was constantly useful in my work."
- Mark Power 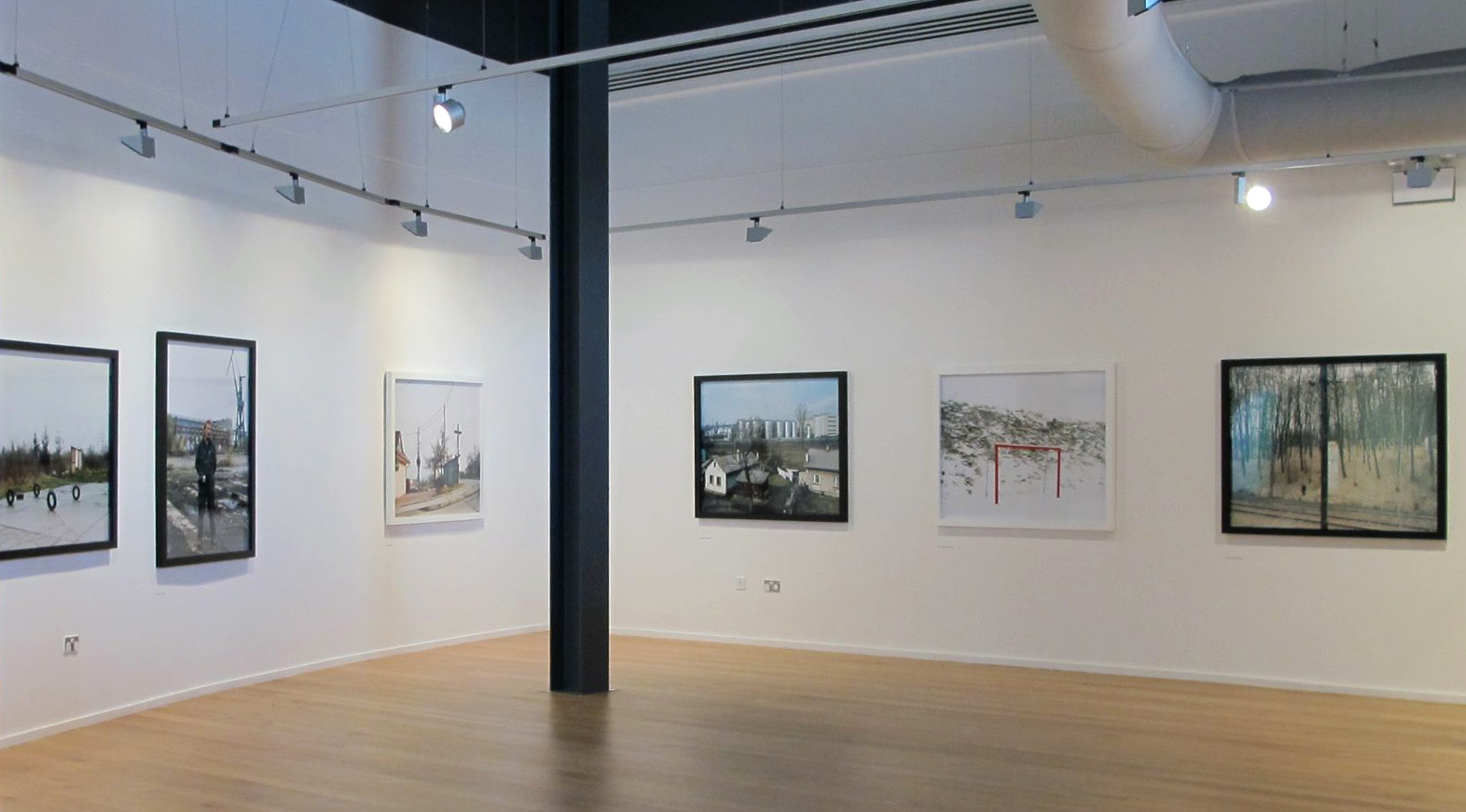 “Powerful and moving exhibition, perfect for the current climate exposing the other side of Poland. Image of cross on the hill, stunning. Very inspiring work.”

“When you study images from another country, strange to you, you are given the opportunity of seeing your familiar surroundings more clearly.”

Hear Mark Power talk about his work in the exhibition The Sound of Two Songs.